Welcome To Ternate… History Is Never Enough To Tell

Ternate is one autonomous city and the capital city of Noth Maluku. The city is located under the foot of the volcano Gamalama.Ternate is a visually dramatic cone-shaped island. The islands are ancient Islamic sultanates with a long history of bitter rivalry. The islands were the world’s single major producer of cloves, upon which their sultans became among the wealthiest and most powerful sultans in the Indonesian region. In the precolonial era, Ternate was the dominant political and economic power over most of the “Spice Islands” of Maluku. Today, Ternate is the largest town in the province of North Maluku, within which the island constitutes a municipality.

Ternate and neighbouring Tidore were the world’s major producer of cloves upon which their rulers became among the wealthiest and most powerful sultans in the Indonesian region. Much of their wealth, however, was wasted fighting each other. Up until the Dutch completed the colonization of Maluku in the 19th century, the sultans of Ternate ruled empires that claimed at least nominal influence as far as Ambon, Sulawesi and Papua. 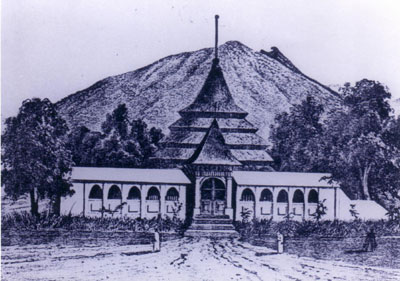 The first Europeans to stay on Ternate were part of the Portuguese expedition of Francisco Serrão out of Malacca, which was shipwrecked near Seram and rescued by local residents. Sultan Abu Lais of Ternate heard of their stranding, and, seeing a chance to ally himself with a powerful foreign nation, he brought them to Ternate in 1512. The Portuguese were permitted to build a fort on the island, construction of which began in 1522, but relations between the Ternateans and Portuguese were strained from the start.The local inhabitant from this island and town is Ternate People as also the indigenous. People of Ternate is also live along Bacan Island, Obi Island, which is part of Central Halmahera and some are live out of Maluku.Ternate people have their own language, ie language of Ternate. The experts argued that this language is included in North Halmahera language family, which is a non-Austronesian language group.Ternate people are live in farming and fishing. In their agricultural fields they grow rice, vegetables, beans, cassava, and sweet potatoes. The tree crops that they earn is the clove, coconut and nutmeg. Clove is a spice plant that already has a long history in Ternate. Moreover, Ternate people is known as the great sailor man ever.Before the entrance of the Islamic religion into the island of Ternate, the tribe is divided into groups of society. Each group was led by relatives of the tribe called mamole. Along with the growth of Islam. This mamole was merge into one confederation, led by kolano. Then, after Islam became more established, the leadership structure of kolano turned into the Sultanate.In kolano structure, genealogical and territorial ties act as a unifying factor, whereas in the imperial religion of Islam was a unifying factor.In the structure of the empire, besides the existing of traditional institutions, religious institutions are also being formed. Sultanate of Ternate is still exist until this days even it is only in a symbolic meaning. But lately the sultanate of Ternate seemed to rise again.Looking from the historical time line in Ternate, the ancient heritages that still exist today are become the object to be tourism destination. In facts, Ternate has some potential destination and worth to be explored. From the historical objects, there is, Ternate Sultanate kingdom, Afo cloves in Marikurubu, Air sentosa lake, Maria Bell, Ternate Sultane Mosque, Sultan Badaruddin grave, Gamlamo fort, Kalamata fort, Orange fort and Tolukko fort. While in natures tourism object Ternate has Holl beach, Tolire lake, Angus Stone, Laguna lake, Sulamadaha beach, Kastela beach, Bobane Ici beach, Tabanga beach and little Tolire. 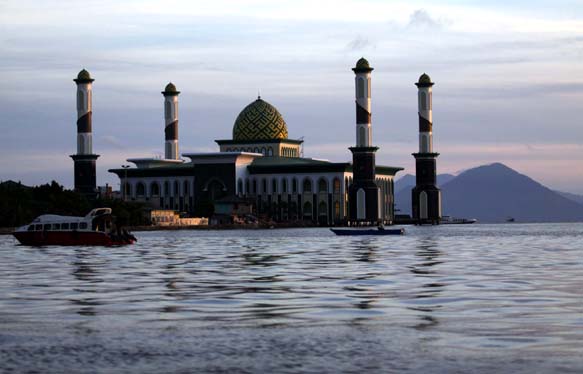 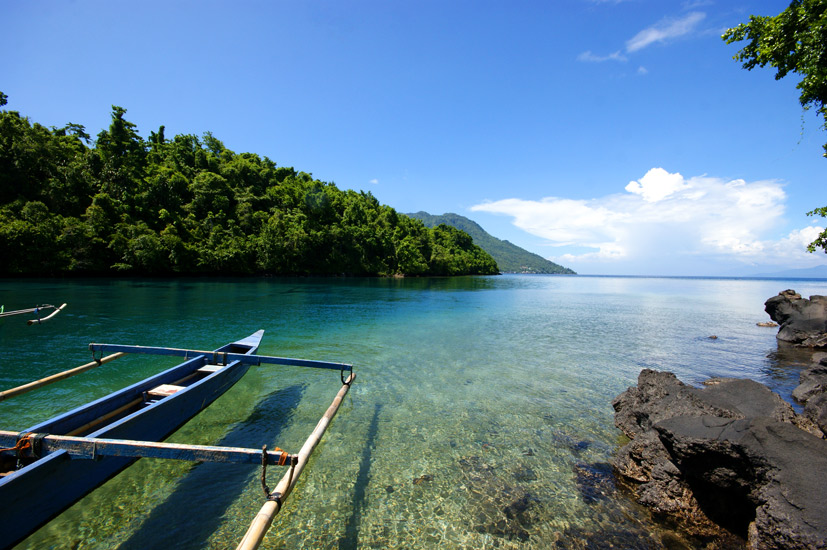