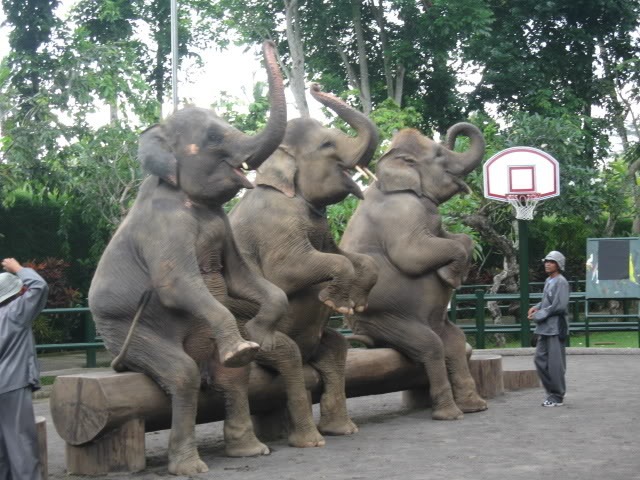 In the eastern part of Central Lampung, there is a nature reserve named “Way Kambas”, which covers an area of 1,300 square kilometers. To reach Way Kambas, an asphalted road has been built. It takes 2 hours to drive from Bandar Lampung. In the nature reserve, it is the first elephant training centre in Indonesia to train wild elephant which are captured from outside the area, because they frequently disturb people’s fields. It is estimated that there are about 500 elephants in Lampung, 250 of them are in Way Kambas. In this nature reserve, we can also find other wild animals, such as Sumateran tigers, bears, tapirs, and other animals such as deer, wild boar and 300 bird species. If we visit Way Kambas, we can see the process of training wild elephants in the Elephants Training Centre; elephants playing football, elephant’s safari; and on certain occasions, we can also watch that wild elephants on the wild elephant catching program.