The National Museum of Indonesia, Jakarta 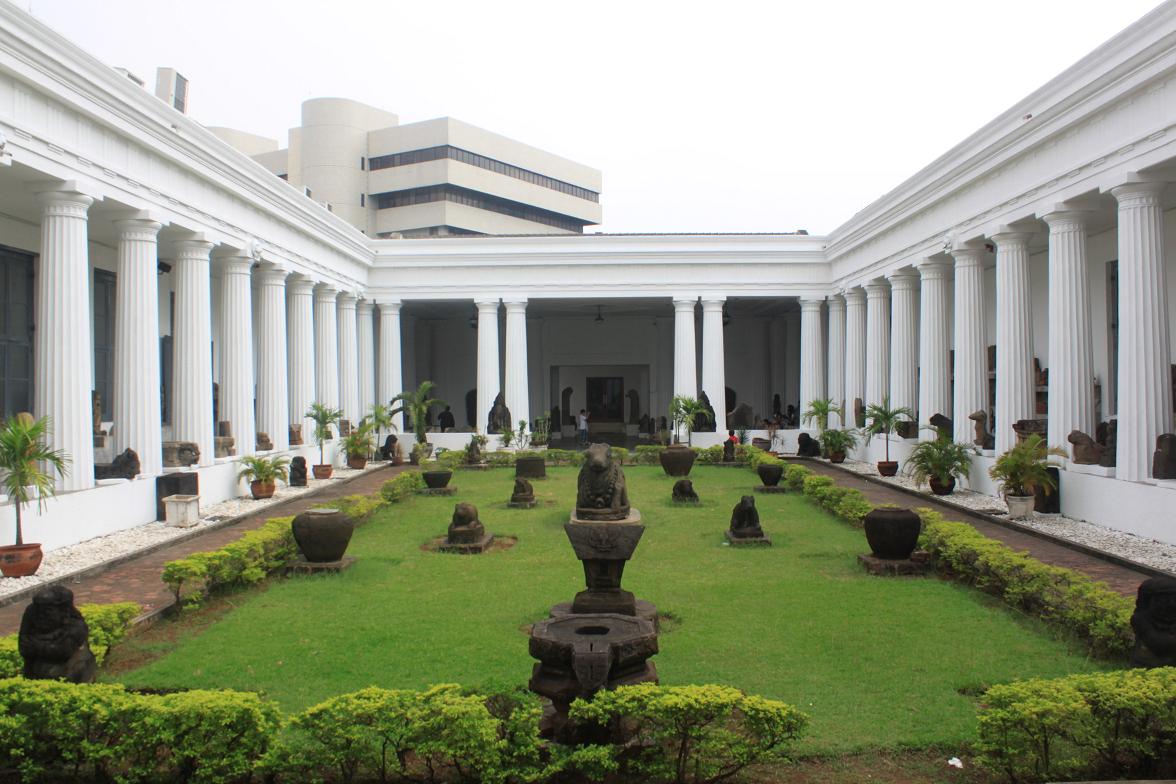 The National Museum begins with the establishment of a set Bataviaasch Genootschap Kunsten van en Wetenschappen (BG) , by the Government of the Netherlands East Indies on April 24, 1778. At that time in European intellectual revolution taking place ( the Age of Enlightenment ), which marked the development of scientific thinking and science. In 1752 in Haarlem, the Netherlands stood De Hollandsche Maatschappij der Wetenschappen (Scientific Society of the Netherlands). This encourages the Dutch in Batavia (Indonesia) to establish similar organizations. BG is an independent institution, for the purpose of advancing penetitian in the arts and sciences, particularly in the fields of biology, physics, archeology, literature, ethnology, and history. Additionally BG published numerous research results. This institution has the motto “Ten Nutte van het Algemeen” (For the Public Interest). One of the founders of this institution, JCM Radermacher, donated his house in Jalan Kalibesar, a Jakarta-trade area in the City. He also donated a number of collections of cultural objects and books are very useful. Radermacher donation which is the forerunner to the establishment of museums and libraries.During the period of British rule in Java (1811-1816), Lieutenant Governor Sir Thomas Stamford Raffles became the director of this association. Because homes in Kalibesar already full with a collection of the Raffles ordered the construction of new buildings for use as a museum and meeting rooms for the Literary Society (formerly called the building “Societeit de Harmonie”). The building is located on Jalan Majapahit No. 3. Now in this place stands the State Secretariat building complex, near the Presidential Palace. The number of collections belonging to museums BG continues neningkat in Jalan Majapahit can no longer accommodate the collection. In 1862 the Dutch East Indies government decided to build a new museum building in a location that is now, ie No. Jalan Medan Merdeka Barat. 12 (formerly called Koningsplein West ). The land covers an area that later on it was built buildings Rechst Hogeschool or “Law School” (once used for headquarters Kenpetai during the Japanese occupation, now the Ministry of Defence and Security). Museum building was opened to the public in 1868. The museum is very well known among the people of Indonesia, especially Jakarta residents. They call it “Elephant House” or “Elephant Museum” because the front page of the museum there is a bronze elephant statue gift from King Chulalongkorn (Rama V) from Thailand who’ve been to the museum in 1871. Sometimes also called “ARCA Building” since in the building there are many different types and forms stored statues from different periods of history. In 1923 the association acquired the title “Royal” for his services in the field of scientific and government projects so full a Royal Bataviaasch Genootschap Kunsten van en Wetenschappen (BEC) . On January 26, 1950 BEC was renamed the Institute of Culture Indonesia. These changes are adjusted to the conditions of that time, as reflected in its new slogan: “advance the cultural sciences are useful to increase knowledge about the islands of Indonesia and surrounding countries.” Given the importance of this museum for the people of Indonesia on 17 September 1962 the Institute of Culture Indonesia handed management of the museum to the Indonesian government, which later became the Museum Center. Finally, based on the Decree of the Minister of Education and Culture, No.092/0/1979 dated May 28, 1979, the Museum Center upgraded to the National Museum. Now the National Museum under the auspices of the Ministry of Culture and Tourism. The National Museum has a vision that refers to the vision of the Ministry of Culture and Tourism, which is “The establishment of the National Museum as cultural and tourism information center is capable of the intellectual life of the nation, increasing the pride of civilization and national culture, and strengthening the unity and friendship between nations”.