Taman Mini Indonesia Indah, the Most Tourist Destination in Jakarta 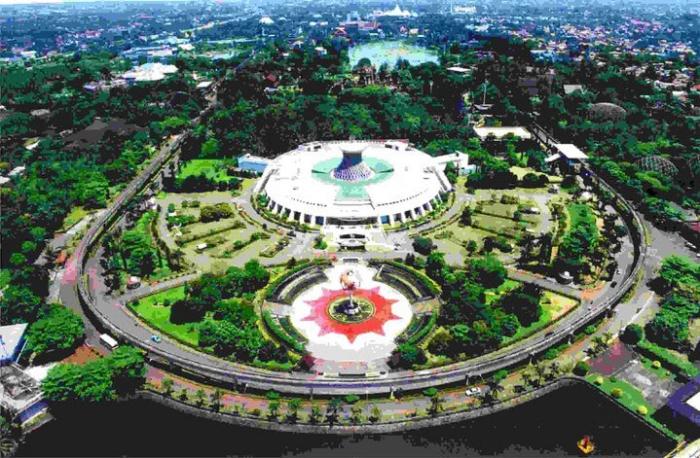 Taman Mini Indonesia Indah (TMII) or “Beautiful Indonesia Miniature Park” (literally translated) is a culture-based recreational area located in East Jakarta, Indonesia. It has an area of about 250 acres (1.0 km2). The park is a synopsis of Indonesian culture, with virtually all aspects of daily life in Indonesia’s 26 (in 1975) provinces encapsulated in separate pavilions with the collections of Indonesian architecture, clothing, dances and traditions are all depicted impeccably. Apart from that, there is a lake with a miniature of the archipelago in the middle of it, cable cars, museums, Keong Emas Imax cinema, a theater called the Theatre of My Homeland (Theater Tanah Airku) and other recreational facilities which make TMII one of the most popular tourist destinations in the city. Since 2007 Taman Mini Indonesia Indah launched new logo with branding slogan “Pesona Indonesia”. Taman Mini Indonesia Indah is located in East Jakarta, Taman Mini Indonesia attracts tourists to get to know the archipelago at a glance.