Raya Island, The Most Outer Island in Indonesia 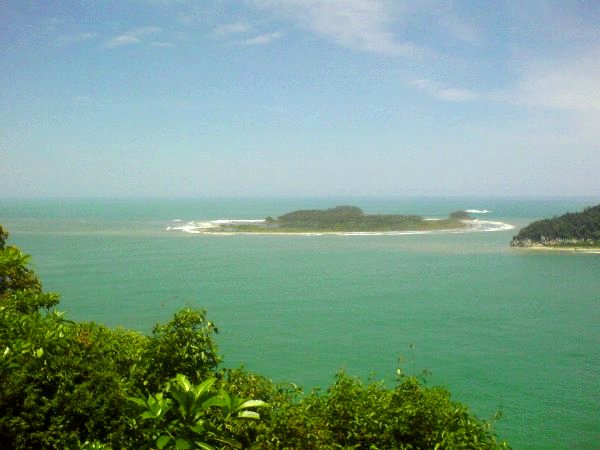 Pulau RayaThis island was once a stronghold area during the Dutch colonial period and is now becomes one of tourist attractions in Indonesia. This is because there are lot of relics of the historical graves of soldiers that was killed here. In addition, Raya Island is also a fishing attraction and there are numbers of coral reef for those who enjoy snorkeling and diving.Raya Island is an outer islands of Indonesia that located in Indian Ocean and is bordered by India state. Raya Island is part of the government district of West Aceh, Aceh province. It precisely located in Lhok Kruet village, Sampoinet sub district, Aceh Jaya regency. It can be reach through the streets of Banda Aceh province along the western coast, as far as 65 km to the Meulaboh. The road can be through the area of Lhonga, Lhong, and Lamno.Before Tsunami in 2004, this island was inhabited by 1000 people, but after the tragedy this island was uninhabited. Now, there are inhabitants that live in this island, which is divided in 3 villages of Lhok Siron, Lhok Meu and Ujung Manek. Those tribes who live in this island are the same descents who live in this island since 18 century.In the western tip of the island that known as Ujung Manek society, there are hills of red lands and rocks. The reefs in the far west is end toward the Indian Ocean that steep and bumpy hard.

Quiet and lonely. That is the perfect words to describe Raya Island that covering approximately 3.42 square kilometers. This island is also one of the silent witnesses of Tsunami that attack Aceh in 2004. Overall, this island is still has beauty and uniqueness.