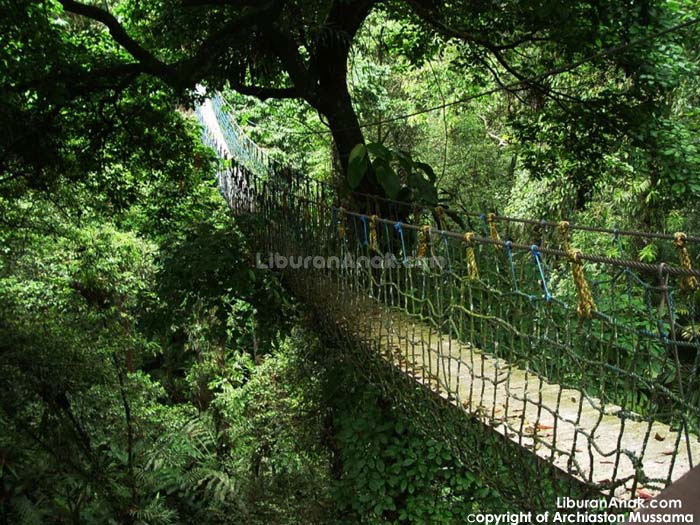 The forests of the Mount Halimun Salak National Park are the largest tract of true rain forest now remaining on Java. The wide altitudinal range contributes to great habitat diversity. The area’s particular importance for wildlife protection was acknowledged on 26 February 1992, when Halimun National Park was established by Ministry of Forestry decree.Originally, most of the 40,000 ha was classified as protection forest, declared during the period 1924-1934. The area was slightly enlarged in 1979 when its status changed to that of nature reserve. On 26 May 1992, management and responsibility for the setting up of the new National Park was transferred to the Headquarters of Gede Pangrango National Park.Apart from the primary function of habitat protection, the National Park plays an important role in supporting regional development and opportunities for research, education, eco-tourism and horticultural activities such as orchid growing. With the creation of Mount Halimun National Park, the three West Javan Parks (Gede Pangrango, Halimun and Ujung Kulon), taken together, now provide a range of habitats from sea level to the highest peaks. Such conservation planning will help assure a secure future for the rich wildlife of this densely populated province.