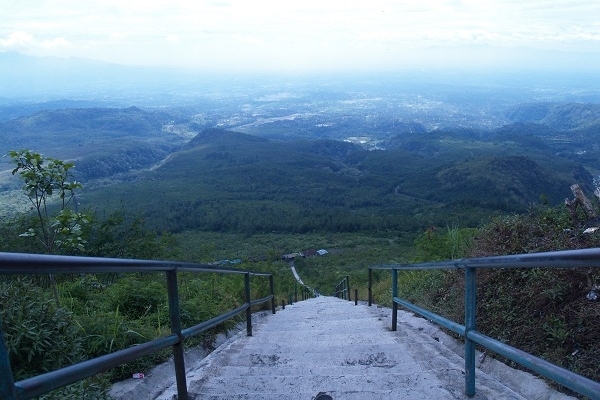 Mount Galunggung is a volcano with 2,167 m above sea level. It is located about 17 km from Tasikmalaya, West Java. There are several objects offered, that is forest-tour in at least 120 hectares area under Bureau of Forestry management, hot water bathing place completed with swimming pool, bathroom and hot water tub facilities. Mount Galunggung is a volcano near to Tasikmalaya city. The volcano erupted in 1990 and spread its rain of ash to entire Indonesia and neighboring countries.An easy trip from Tasikmalaya by minibus, motorcycle ride and then a two-hour walk is Mount Galunggung. An active volcano that erupted less than ten years ago is worth a look-see. Hike around the “Golden Crater” of Mount Papandayan, southwest Garut, which is an active steam-hissing volcano. The mountain is named after its bright-yellow sulfur deposits and gains its fame, or infamy, due to its highly active and potentially dangerous steaming geysers and poisonous gases. Be careful when walking around the volcano’s rim.