In a cross between Bajawa Flores in Ngada and Ruteng in Manggarai, a path towards the south coast is known by local people as Mbalata Beach. The beach is almost hidden from the opportunity to enjoy the peace of the agricultural community and the fishing village that is involved in Watunggene, Kotakomba, East Manggarai, East Nusa Tenggara.As Bajawa, where the city offers a touch of warmth of the people, Mbalata also similar and almost perfect for a place to rest with the natural feel of the beach and garden landscape crowned by the foot of Mount Inerie.Rice fields on the right bank and the River Wae Lengga on the left bank of tropical forests has been brought to the open sea called MPA. This is a natural advertisement depicting offerings Mbalata offer to guests. 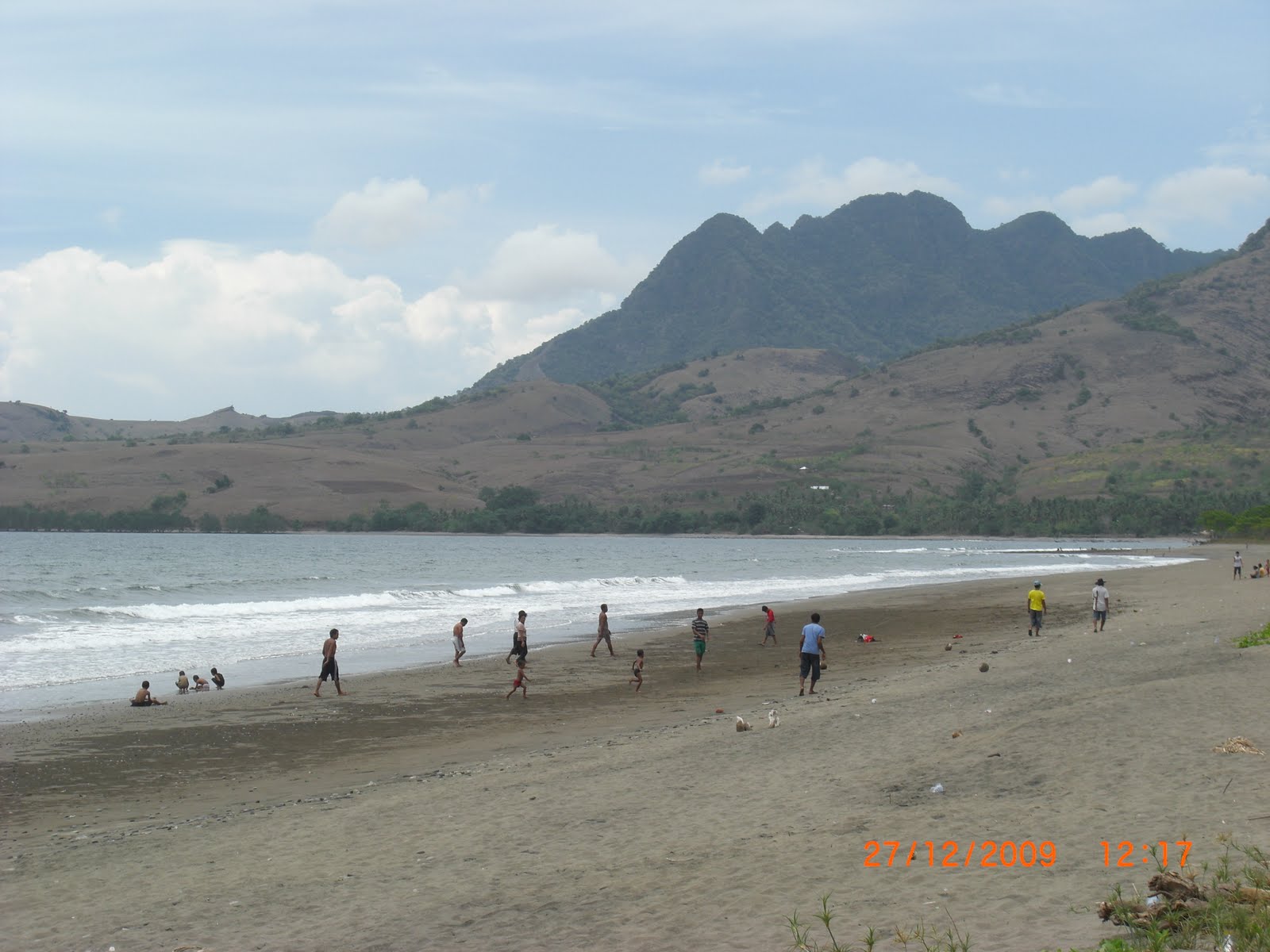 Long-horned buffalo grazing in the fields like a picture of life for hundreds of years ago the island of Flores where the skull and horns seemed to crown the ancient empire on the island. A hundred meters before the beach, palm trees, papyrus and palm began welcoming, while offering an irresistible sight. Residents around the cooking water from the palm sap to be made gin or Moke, Flores ground typical of alcoholic beverages.Mbalata deliver white sand from the east to the mouth of the River Wae Wole. On the day that is not crowded, the beach is virtually untouched except for the feet of local fishermen. In the west mouth of the river, a black sand beach that stretches as verandahs are immense. All this belongs to those who take the time-saatber Mbalata as adventurous and chose his rest area.Actually, this could just be a personal pleasure for those who are truly adventurous nature. After a full measure seharan footsteps of Bajawa to Belaraghi then proceed to Aimere madness.Aimere from the beach, indulging himself with all the adventurous fatigue, bruising and muscle stiffness in a cottage which consists of five pieces of bamboo bungalows are nurtured in a small garden center. Mbalata Beach Inn Cottages as an escape from the busy work toward a summit adventure and continue until the point where he can lay down in the peace of the countryside to fly back petualangnya soul.In this cottage, guests together with local people to eat vegetables from the garden in front of her bedroom, burned fish, and drink of water from the tropical rain forest. That’s not enough … immerses himself in a long conversation with others in front of the rover ground coffee or gin this afternoon which was nice of sap water from the garden next door.Enjoyment continues, even the big screen right in front of present tebuka sunset that turns the clouds like the wind a cloth until it turned every inch of it. Mbalata enough for you to understand the soul of an adventurer or is trying to find it.TipsMbalata coast within 42 km of Borong, capital of East Manggarai. Driving here the distance between the two reached in 1 hour.Mbalata Beach Inn Cottages has a restaurant that stands on the edge of the black beaches. All food commodities obtained from sources in the surrounding areas, including marine fish purchased from local fishermen. Ecotourism programs are available one of which was clearing the beach with local school children and later donate books or stationery. Price per room a very exclusive and stylish resort start from Rp 350,000 to Rp 450,000. (Angke / Him)