Lake Ranau is the second largest lake on Sumatra. It was formed by a major earthquake and vulcanic eruption. A big river which previously flowed at the foot of the vulcanic mountain then filled the ravine. Various types of plants incuding bushes locally known as ranau, then grew by the lake and while the remains of the mountain became Mount Seminung, which currently stands tall beside the clean lake water.

This lake is located by the border of Lampung Barat district in Lampung province and Ogan Komering Ulu (OKU) Selatan district in South Sumatra and has cool weather. To enter this lake, visitors need to pay Rp 1.000 (about 10 cents US) per person plus Rp 4.000 (40 cents US) for parking.

Marisa Island is located in the middle of the lake. It has a natural hot water spring. Visitors are charged Rp 1,500 per person. The island also has a waterfall and extensive rice paddy fields, and most of its land is covered by forests with primates 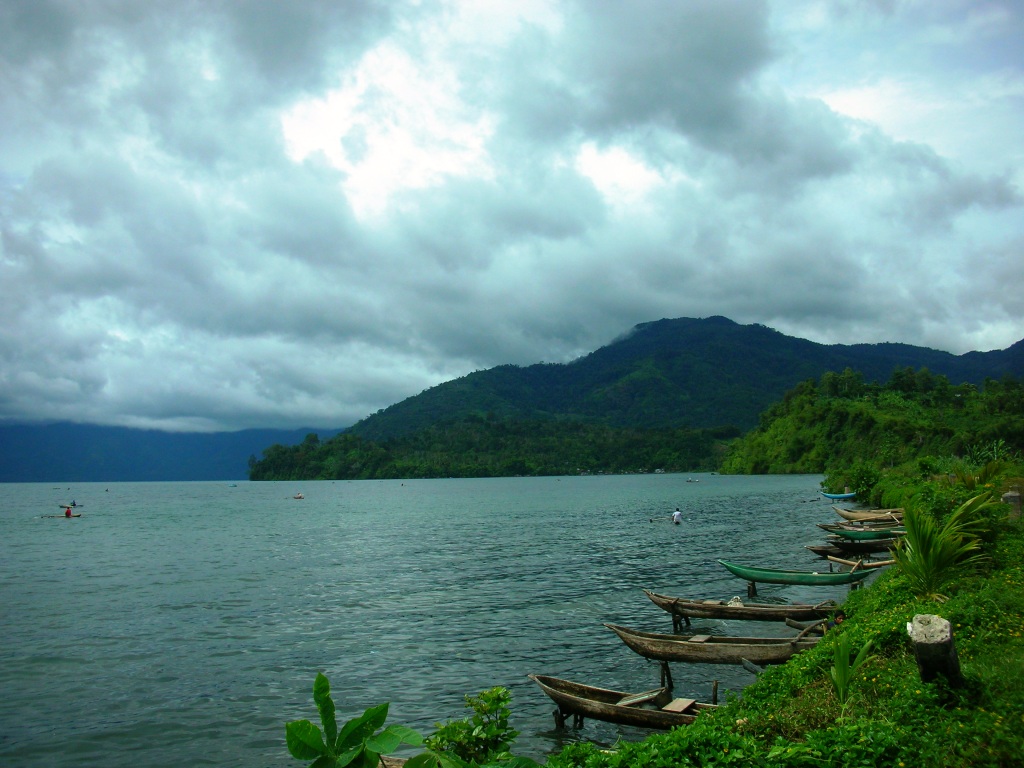