TidoreTidore is a city and archipelago in North Maluku,west of the larger island of Halmahera. This archipelago is famous since the colonialism era for its best cloves and nutmeg. Before Islam came to the archipelago, Tidore known by the name of Duko Kie, which means the mountainous island. The word of Tidore comes from the combination of two series of words and language, Tidore language and Arabic in Iraqi dialect. In Tidore, To Ado re, has meaning, ‘I have arrived’ and Arabic Iraqi dialect, Anta thadore which means ‘you come’.Tidore Kingdom established since 1108 AD and stands as an independent kingdom until the late 18th century AD. After that, the kingdom of Tidore were in Dutch colonial rule. After the independence of Indonesia, Tidore become part of the Unitary Republic of Indonesia (NKRI). 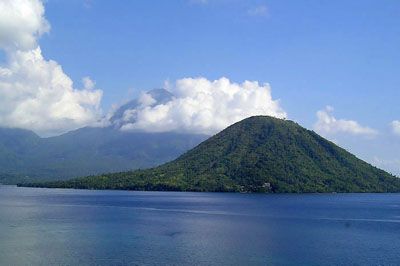 The first Europeans who came in Tidore is sailor from Spain who came to Tidore at year 1512. Before the Spanish withdrawal from Tidore and Ternate in 1663, the Tidore sultanate established itself as one of the strongest and most independent states in the region. After the Spanish withdrawal it continued to resist direct control by the Dutch East India Company (the VOC). 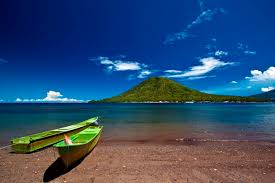 The local inhabitants who live in Tidore are Tidore People. Tidore people also live in maitara, Mare dan Moti, and along in west coast of Halmahera. They use Bahasa Tidore for daily speaking which belong to the non-Austronesian family.The lineage system on Tidore People are based on the principle of patrilineal. One of important kinship group is patrilineal clan, which they call soa. Marriage is the ideal according to their customary marriage between first cousins (kufu). Tidore tribes generally are Muslims. Tidore once become an empire in the past. Tidore Sultanate is one of the center of the development and spread of Islam in Maluku.Tidore people do farming, fishing, trading, and become the civilian officer. In their land, they produce rice, maize, sweet potato, cassava, peanuts and green beans, also coffee, cinnamon, mango, durian and citrus.