Enggano Island, One Of The Most Beautiful Island In Indonesia 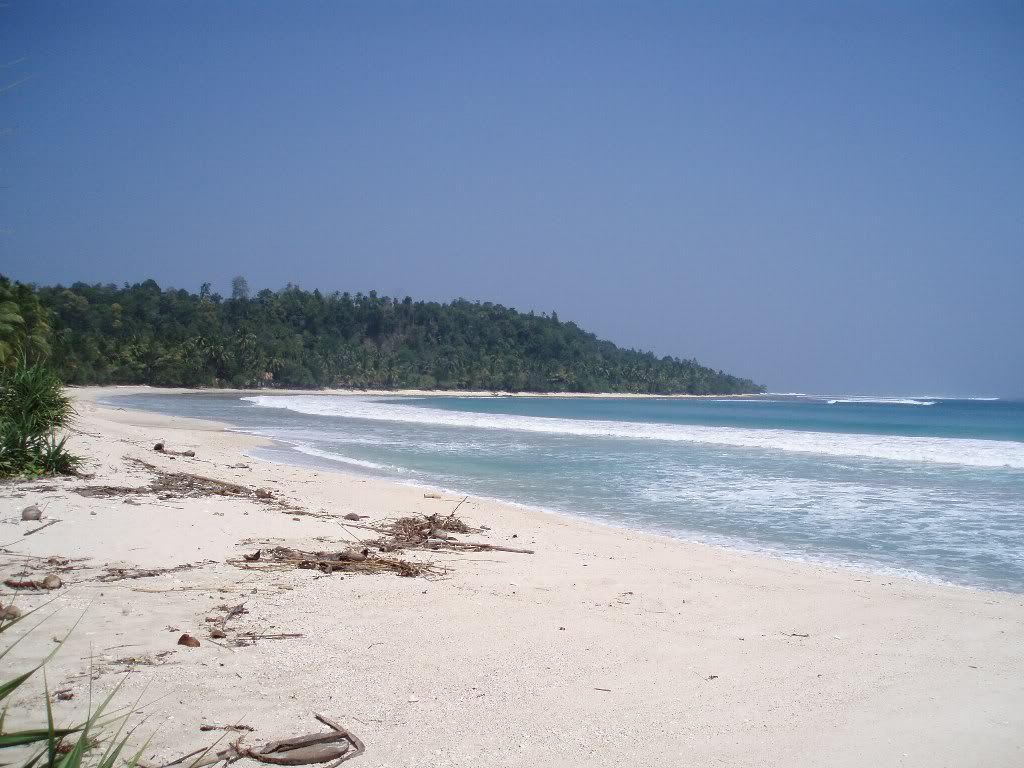 Enggano Island is the outermost island of Indonesia which is located in the Indian Ocean and is bordered by the Indian state. Enggano Island is part of the government area of North Bengkulu, Bengkulu Province, and represents one district. The island is located in the southwest of Bengkulu city with coordinates 5 ° 31 ’13 “latitude, 102 ° 16′ 0″ East.

The first report on the island, according to records Cornelis de Houtman who visited the island is dated June 5, 1596. It is not known where de Houtman know the name of this island, which in Portuguese, engano, meaning “disappointed”.

Indigenous peoples are Enggano Island, Enggano tribe, which is divided into five indigenous tribe (the locals call it interest). It’s all speak the same language, the language Enggano. Tribe or puak Kauno tribe who began occupying this place in the Dutch era (circa 1934).

Enggano Island is one of a small island on the West Coast of Sumatra that have a length of about 45 km and width of 17 km (MoF, 1998). Enggano island ecosystem condition is relatively good when compared to other small islands of Sumatra’s west coast side. Enggano Island Unique ecosystems, with this unique ecosystem, the P. Enggano more fragile when compared with terrestrial ecosystems. Slightest disturbance in one element of the existing ecosystem will result in disruption of the entire ecosystem of the island (Director General of Forest Utilization, July 1995).

Used public transportation so far is the ocean transportation 2 times a week, a ship which docked at Pier pioneer Malakoni, and KMP Raja Enggano which docked at Pier Kahyapu, or can also use the fishing boat (weight 16 tons) when the public transport experience disorders (damage or route changes). Transportation between villages in Enggano more use of sea transport, because road transport facilities do not support. Facilities of the existing road extending from the village to the Village Malakoni Banjarsari along 17 km of road of hardening (rock mix), created in 2002 and Malakoni village to village along the 16 km Kahyapu still a dirt road in the rainy season is very difficult to pass.

Important habitat is like mangrove forests and coral reefs that are still quite good condition. Mainland island is covered mostly by forests and drained by five major rivers. Enggano Island is one of the Important Bird Area (IBA) and also included in the Endemic Bird Area or ABS because the island is also found in two bird species endemic to the Otus engganensis (owl) and Zoosterps Salvadori (bird spectacles). Found no fewer than 45 species of birds and many other species have not been identified (there is no comprehensive observation). There are no sufficient data about the number and types of flora and fauna that exist in Enggano.

Enggano Island also holds the potential of forest products like timber and non timber melinjo, rattan, manau, herbs, and seafood. Some of this potential has not been used as an alternative choice for the community because of various constraints faced.

Enggano Island Bengkulu IndonesiaENGGANO ISLAND’S PRIVILEGES
Enggano islands are islands that are relatively pristine and has not been untouched by development agendas. However, this would be a blessing for the island, because the authenticity of their natural conditions are relatively still awake.

In the island surrounded by white sand that is very broad, there are two attractions are beautiful and quite famous, namely the Bird Park and the Coast Mountains Nanu’ua Humo. At the Bird Park Mount Nanu’ua, there are two species of rare birds protected by the government, namely the Bird and Bird Glasses Enggano Enggano plop. In addition to the Bird Park Mount Nanu’ua, restricted-range species were also occasionally be found on agricultural land, mainly coconut plantations, and open land around the township.

Next move to the Coast Humo. The beach is famous for its stretch of fine white sand has a fairly rich marine ecosystems. Along the shore, visitors can find a lot of crabs and small shelled animals that roam freely. On this beach also live many kinds of small fish that are often colorful swim at the beach and can be seen with the naked eye. The most frequently encountered is a blue fish with yellow-white stripe and red fish with white and silver variations in the body.

In addition, the beach which extends about two miles from north to south, with a width of about 200 meters from the waterfront also has a collection of coral-or by the local people called tubiran-which can be used as a bridge to walk a bit into the sea. Similar Tubiran pier is also often used by visitors and the local community as a place of fishing. Location, which juts into the sea make this tubiran become habitat for many species of marine fish.

Besides having two beautiful tourist sites, the island of Enggano also has other features, namely the very dense mangrove forests that naturally serves as a drag chute coastal abrasion. In this mangrove forest, live many different species of birds, like woodpeckers, Enggano pergam birds, parrot and various other bird species.