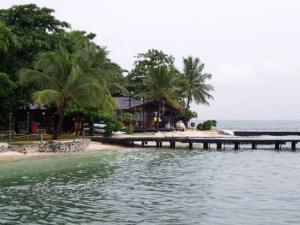 Enggano Island is about 100 km southwest of Sumatra, Indonesia. It is about 35 km long from east to west and about 16 km wide from north to south. Administratively, it located on the North Bengkulu Regency. The three largest towns on the island are Barhau, Kabuwe and Kayaapu. 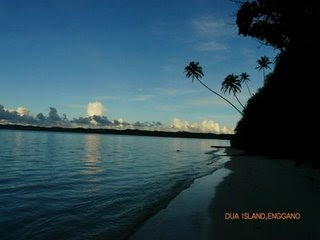 The name of the island suggests some early contact with Portuguese traders (engano means disappoint), but the earliest published account was that of Cornelis de Houtman, dating from June 5, 1596, but he was unable to land a boat.

The indigenous of Enggano Island is Enggano tribe, which divided into 5 origin of Puak (tribes). All those tribes speaking in Enggano language. The early puak was inhabiting the island since Dutch colonialism, in 1934. After Enggano tribe, there are some other tribes that live in this island, like Kauno tribe, Banten tribe and other four tribes. By living in 40,2 ha, those people are doing cacao plantation for living and the productions are being sold to Bengkulu. Enggano island is also has potential saving and non-timber forest products such as melinjo wood, rattan, manau, herbs, and seafood. Some of this potential has not been used as an alternative option for the community because of various obstacles encountered.

Enggano island is one of the small island on the West Coast of Sumatra, it lies 45 km in length and width of 17 km. The condition of Enggano island ecosystem is fairly good, compared to other small islands in Sumatra’s west coast. The only public transport that being used to reach Enggano is boat, which operated only 2 times a week. While, the transportation between villages in Enggano is also using boat of ship, due to land transport facilities have not been supportive.